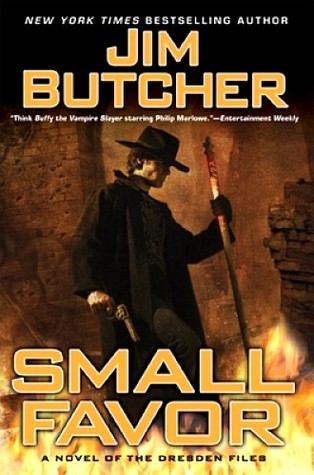 Mab is back asking Harry to do her the second favor he owes her. This time, he is supposed to save Marcone’s ass from the Denarians while trying to evade the emissaries of the Summer Court from killing him.

There are still the bits and pieces that I felt that are too much (chivalry, repetitive descriptions, sarcasm, etc) but I still love the story. The plot is just compelling that I am willing to forgive the little flaws. Well, I just skip those parts when I see them. Haha.