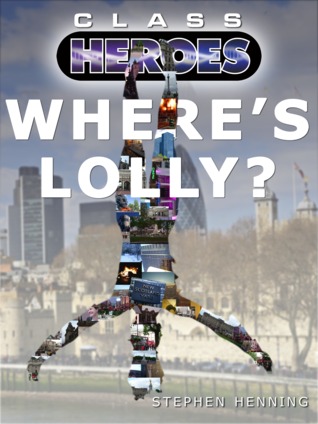 I have always wondered what happened to Lolly after disappearing in the mess at Gnetik’s facilities. With her dad locked up by the MI5, she has nothing now but herself to trust.

Where Is Lolly is a short story describing the events that has happened to Lolly after escaping and heading to London to look for Edgar Masters, Sir Michael Rosewood’s accountant (or something like that) and ask for help in finding the whereabouts of her father and provide her with financial aid that Sir Michael has stashed away in case emergencies happen.

I liked the fact that Lolly, even for a brief moment, was shown as a normal teenage girl crying because of frustration. It showed another side of her, something that has nothing to do with killing. It showed her with real emotions and the way she handled things even without her power are quite impressive. And I think she still tops my favorite antagonist until now.

And now that her powers are starting to come back to her, I think its time to see her wreak havoc in the next story of the series.