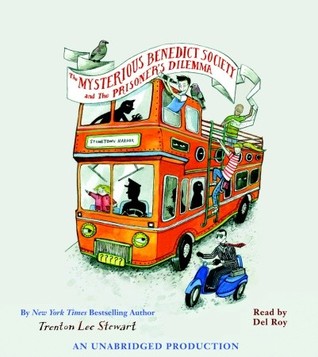 A mysterious man arrives at Mr. Benedict’s home and claims to be Constance Contraire’s biological father and hopes to get her back for good. Upon hearing the disappointing news, Constance gets upset and runs away from home leaving everyone surprised and dumbfounded. The grownups team up and try to look for Constance, leaving Reynie, Sticky and Kate at home with a few watchers. A blackout engulfs Stonetown and the Ten Men raids Mr. Benedict’s home but fails to capture any of the children. With bad things happening simultaneously, the Mysterious Benedict Society decides to search for Constance themselves and unravel more clues on Mr. Curtain’s involvement in all of this.

I honestly think that this book becomes more of a disappointment as it goes along. I was hoping it would be better than the second book but it just wasn’t the case.