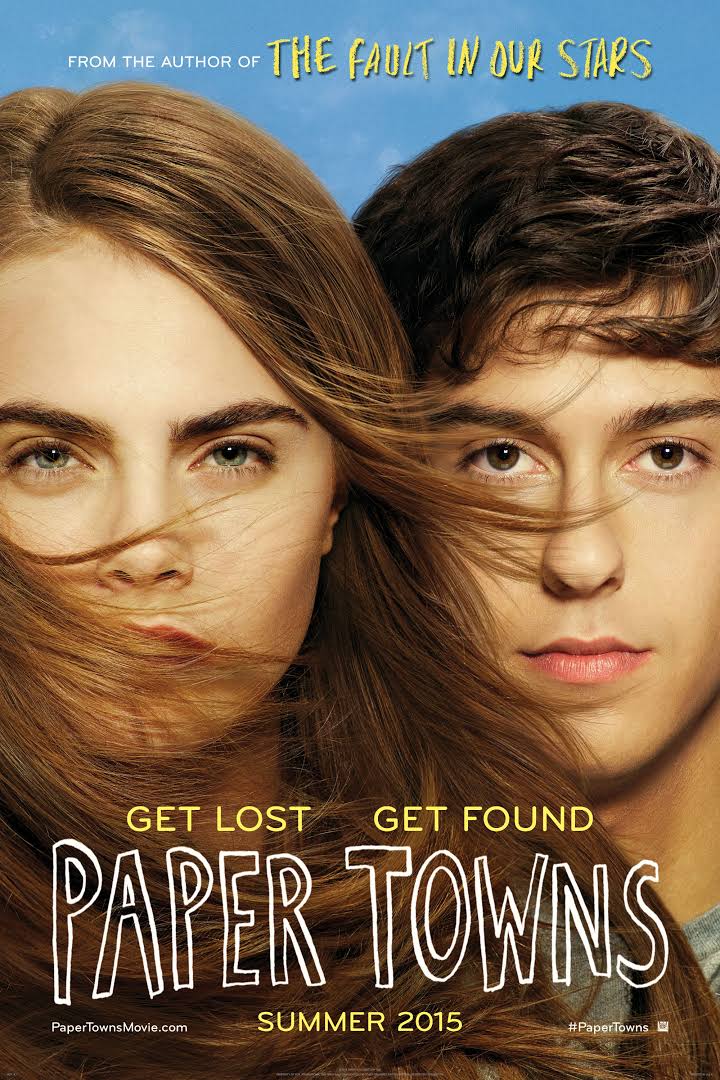 While the book is still fresh in my memory, I have watched the movie.

Quentin Jacobsen has been in love with his neighbor, Margo Roth Spiegelman, since he first saw them move in next door. During their childhood, they both discover a dead man’s body in a park while riding their bikes and nothing has ever been the same since then. They grew apart. Now in high school, Q is now the average guy with geeky friends and good grades, while Margo becomes the popular hot and adventurous girl everyone adores. One night, Margo surprisingly climbs into Q’s bedroom and asks for his help to seek revenge on her ex-boyfriend and so-called friends. Q eventually agrees and they go on an all-night adventure plotting revenge on their classmates. It was an amazing night for Q and he thought that things with Margo may change after this.

The next day, Q arrives on school only to discover that Margo has disappeared again. She has done this many times before so her parents believe that she will go home eventually. He then sees clues left for him here and there which he tries to solve with his friends Ben, Radar, Lacey and Angela in an attempt to locate and find Margo before prom night.

Plot: Comparing the book and the movie, there were some noticeable differences. The timeline was  altered to make it feel like an adventure movie since the characters were on a tight time constraint racing to find Margo before prom night. It was so-so. I didn’t feel that the movie gave justice to the book. It kind of degraded it because of the before prom night thing. The adventure they were supposed to have during their road trip felt like it was done in a hurry to highlight Q’s finding Margo which also happens to be anticlimactic.

Cast: Nat Wolff gave justice to Q’s character. I think he portrayed it well, I mean for me because I think he fit well with what I had imagined Q to be. I was just wondering if the producers and John Green liked him too well since he was also cast in The Fault In Our Stars (as Isaac, Gus’ blind best friend). Cara Delevingne as Margo on the other hand, reminds me a bit of Lindsey Lohan (she resembled LiLo here). Her acting felt a bit flat, I don’t know if this was because of Margo’s character (which was barely there) but I’ll see since she has upcoming films up her sleeve. Austin Abrams as Ben and Justice Smith as Radar were perfect. Justice Smith here reminds me of  a young Richard Ayaode (Jamarcus in The Watch), hehe.

Soundtrack: I generally enjoyed the soundtrack.