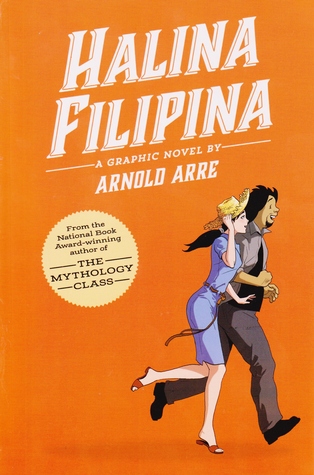 After reading Mythology Class, I was interested to read more local graphic novels. It was nice to read and discover works made by Filipino artists and somehow, I can say that their works are well thought of and executed.

Halina Filipina is a graphic novel about Halina, an American born Filipina who came back to the Philippines to visit relatives and Cris, a struggling movie critic. The two met randomly inside a mall and eventually hit it off. Cris then helps Halina how to live and survive in Manila while Halina makes Cris realize the importance of his hometown.