Read It: The Midwich Cuckoos 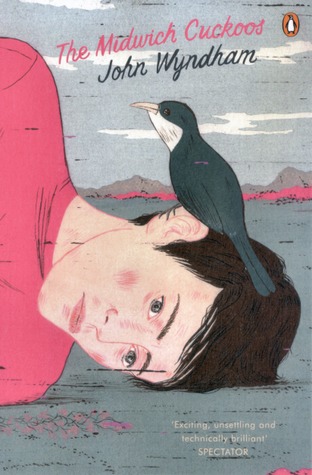 There is no conception more fallacious than the sense of cosiness implied by “Mother Nature”. Each species must strive to survive, and that it will do, by every means in its power, however foul – unless the instinct to survive is weakened by conflict with another instinct.

Life in Midwich went on a standstill for a few days when residents of the village were all found and presumed unconscious under unknown reasons. Suspecting a poisoning attack, the military is called to investigate the goings-on in the village and its immediate vicinity. During their rounds, they discover an unknown object at the center of the village, and they develop plans to further investigate the unknown object and its connection to the villagers’ slumber. To their surprise, it vanishes without a trace and villagers wake up as if nothing has happened. A few months after the incident, all the women in the village give birth to babies with unusual features – golden eyes, pale skin, and blonde hair. The village tries to take care of the children as their own but as times passes, they realize that the children have abilities which they find as a threat to all people living in Midwich.

This is the second novel by John Wyndham that I have read. There is always something weird in his works which I find fascinating. The mystery behind the existence of these children is engaging, and you try to read on to understand why they do what they do. As you go along the story, you cannot help but wonder who really is the good or the bad guy. I was hoping to see a reveal that these special children were victims of circumstances, and that they would only want to survive and live peacefully (which they do); and that the humans in the story wanted the same for their own. Each species just want to go on with their lives but they both react defensively to threats which just makes things more complicated.

If these things do happen in reality, what would people do? How will people co-exist with a species greater and more intellectually advanced than their own?

interior designer | occasional bookworm
View all posts by Elaine →
This entry was posted in Read It and tagged books, classics, horror, sci-fi. Bookmark the permalink.